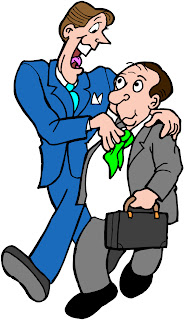 ~ Have you ever bought something that turned out to be useless? Perhaps you had a real need or a strong desire, and the thing you bought seemed to perfectly satisfy it. The magic of the marketing and its well-timed and well-targeted message got you to buy it. The need may have been real, and the thing purchased properly functioning, but the marketing created a poor match. What you bought didn't meet your actual need.

Our economy needs abundant and cheap energy. It also needs jobs. Big Oil and its sycophants in government and the media relentless argue that we should be doing more to "develop" our oil and gas resources in the US. That message is getting traction with the public as the price at the pump rises. But it is only a very slick piece of marketing designed to convince us that fulfilling their industry wishlist will solve our problems. Many are buying the political blather, but the results are destined to be disappointing at best, if not mostly useless.

Pro-fossil groups like the API issue daily press releases that all say the same thing: we can increase domestic oil supplies, lower fuel prices, increase government revenues, cut the deficit, create jobs, and even cure the common cold, simply by removing the supposed legions of burdensome regulations and anti-energy policies that government and regulatory agencies have needlessly imposed.

The incessant repetition is getting results: greater numbers of Americans think we should do more oil drilling than thought so last year. Industry news outlets like FuelFix tout the shifting sentiment in headlines, but downplay the reality that most Americans still favor renewable energy policy as more important than developing more oil and gas.

“They’re willing to give up a little bit of environmental views so long as it helps them save at the pump,” DeHaan said.

If only they were giving up environmental views, rather than actual environmental quality and safety. But it is easy to be ignorant of the impact when it is somewhere else. One's views are different if your tap water catches fire, or your livelihood from fishing our tourism is destroyed by a spill.

The poll shows, as DeHaan says, that Americans have been led to believe "that drilling is equated with lower prices," even though that's not true. Attacks on the Obama Administration for its supposedly anti-energy policy are factually wrong and nakedly partisan. The President has virtually no power to lower gas prices; instead gas prices are following a clear trend that has nothing to do with who is in the White House or the minor policy differences between presidents on energy.

Big Oil and its friends are natural born drillers, and they are using the country's real and pressing need as a means to sell that which is designed first and foremost, perhaps solely, to meet their own needs. Other countries, notably Germany, are not falling for the hucksterism, but are taking a direction uninfluenced by the corruption of money.

Ignorance is a growing threat to our democracy and the promulgation of pragmatic policies that truly address the nation's needs. The marketing of bogus solutions plays on that ignorance for private profit. It's not as if we're buying a poor consumer product and can just go out and buy a better replacement. We're buying our future, so we should research the choices carefully and not rely on self-interested marketing to do our thinking for us. Caveat emptor.
Posted by Unknown at 11:10 PM