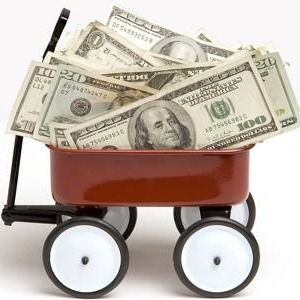 ~ There's some plans afoot to allow crowd-sourced funding of entrepreneurs, something like a Kickstarter for startups. Instead of helping non-profit causes and getting something of nominal value in return, these ideas would allow very small investments by hundreds or thousands of people in high-risk, for-profit fledgling businesses.

Sure, I've wished many times that raising money for startups was easier. To be successful in funding a new business you have to work very hard, do tons of research on the business, the industry, the competitors, etc. You have to diligently write investor documents like executive summaries, business plans, and due diligence materials that are comprehensive, complete, consistent and compelling. You have to get out and pitch it over and over to many, many people. You have to hear "no" a lot. You have to listen hard and honestly, and usually you have to adjust your approach. Often more than once.

Even then, you may not succeed in raising the capital you need to succeed.

Relaxing the SEC rules sounds good, and some changes to Regulation D might not be a bad idea. Making it easier to fund companies is laudable, since it could increase commercial innovation, boost economic activity, and create jobs. But allowing anyone to put money into the startup of the week is not the way to do it. Why?
In a few years the wailing of victims will wax, Congress will over-react in the other direction, and new rules will clamp down hard on startup fundraising. We already suffer horrible boom-bust cycles on Wall Street; we don't need to replicate that casino atmosphere in one of the last places of honest business formation.

There are other proposals being kicked around, most of which are either worthless, or helpful only to much larger enterprises, and then only around the margins. Making it easier to go public helps VCs and others; it is of no use to the seed and early stage startup. Reducing or eliminating capital gains taxes on startup investments sounds nice, but again only benefits investors in the end, not entrepreneurs in the beginning. (Those who invest in startups will do so anyway; I don't think they will invest more because of such a tax rule.) Finally, reducing corporate income taxes is another idea that only helps much later stage businesses that have profits and have ample opportunity for additional financing or an exit. They don't need the help in the same way.

It is early stage inventors, innovators and entrepreneurs that need assistance, and no one is doing anything to help them. If Congress wants to truly help new businesses be formed that could lead to economic activity, job creation and so on, here are some ideas which would be actually helpful:
Again, I must stress that I am focused on the real job creators, people like me that start businesses from scratch and start building real products for real customers. Not politically connected spin-outs whose success depends on extracting ad hoc tax concessions from municipalities threatened otherwise with their relocation. Not entities repackaging financial "products." Not solidly profitable businesses of 400 people that are already succeeding and don't require Congressional tinkering to continue to thrive.

It's about the true seed stage businesses struggling to become the huge employers and taxpayers of tomorrow. Rather than allow a funding free-for-all that will ultimately create a backlash that will destroy startup creation, enact sensible rules that remove the burdens that new companies face in simple small-scale financing, in corporate formation, in regulatory compliance and in having to pay taxes even before there is any revenue.
Posted by Unknown at 11:52 PM