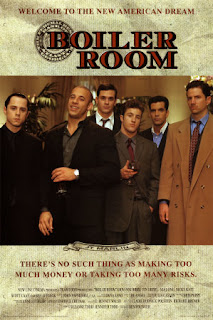 ~ With the passage of the Senate version of the JOBS Act, the plans for a House vote on that version, and President Obama's support, it seems it will become law.

We should all be careful what we wish for.

I've posted my fears, criticisms, and misgivings already, and won't repeat them all here.

On the whole, I agree with Senator Carl Levin (D-MI), who remarked during debate on the bill:


We are about to embark upon the most sweeping deregulatory effort and assault on investor protection in decades. If we pass this bill, it will allow vast new opportunities for fraud and abuse in capital markets. Rather than growing our economy, we are courting the next accounting scandal, the next stock bubble, the next financial crisis.

I hope he is wrong, but the biggest impact of this bill is how it deregulates Wall Street to flog the stocks of small, unknown companies to credulous small investors who will be quickly separated from their money. Seed stage companie will see little benefit, but will bear the brunt of the backlash when this deregulatory experiment blows up.
Posted by Unknown at 10:47 PM