The Appearance of Action 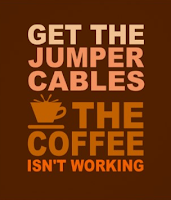 ~ Last week the US House passed the Jumpstart Our Business Startups (JOBS) Act (HR 3606). Sadly, the bill will do little to help early startups, and even less to create jobs.

The media seized on this as a bipartisan success story, a rarity in an election year and especially in this one, after the past 3+ years of shamelessly party-first demagoguery.

The bill may be bipartisan, but it's no success. It has almost nothing to offer startups, unless your definition of startups is limited to enterprises already measured at close to a billion dollars, or the investment and financial professionals that work with late stage companies preparing to go public.

What does the JOBS Act do?

For "emerging growth companies", defined as those with $1B or less in revenues in the most recent fiscal year, it:

This grab-bag of feeble and uncoordinated efforts is mostly a repackaging of earlier bills under a jaunty acronym. Some have pointed out that HR 3606 is a mash-up of 6 bills, including these 4 already passed by the House:
HR 3606 has little to offer seed or early stage startups, as most of its provisions are aimed to please investors, especially institutional ones, not entrepreneurs. The bill is mostly about easing rules on going public, relaxing reporting and auditing requirements, and allowing more aggressive marketing of new public securities. This will make it easier for companies and their investors to get liquidity, but will do nothing to help entrepreneurs seeking the funding needed to start and build the business in the first place.

700 entrepreneurs may have signed a letter supporting the bill, but a quick glance shows that these are mostly the startup community's "made men" (and women). They are talented and successful, sure, but honestly, they have little trouble raising cash to start and grow their businesses. Want they want, and their reason for supporting this bill, is a faster, cheaper, easier exit path. That's also why the National Venture Capital Association is pushing this bill, because the VC and institutions they represent are desperate for more IPO activity.

IPOs are primarily about liquidity, not providing funding for hiring people. The bill helps investors, not entrepreneurs. It makes the rich richer, but doesn't get more workers on the payroll. It is a boon to the end of the process of building startups, not the beginning.

Meanwhile, regulators are nervous, and they should be. HR 3606 removes the state role from the oversight process and reduces dramatically the federal role. There will be abuse by con artists and others who will use the broader ability to solicit investment with less scrutiny as a fast track to a fast buck.

In a time when our politicians have become utterly dependent for their re-election on vast seas of corporate cash, there is no surprise in their crafting legislation to benefit those who own and run corporate America—the financial and investor class. It's packaging and presentation as something to help entrepreneurs and early stage startups hire people is also no surprise. We entrepreneurs are already poised to take risks to build our businesses. We don't need richer incentives to await our success. What is needed, still, is help to get businesses launched in the first place, especially a reduction in impediments such as revenue-based taxes, minimum wage laws applying to founders, and the host of fees and filings that must be done even without any revenue coming in.
Posted by Unknown at 11:31 PM