The Folly of Common Sense 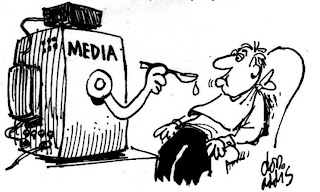 ~ Which is more useful, common sense or expertise?

In recent days there's been another typical dust-up between parties who never agree: the unabashedly right-wing Wall Street Journal editorial page on the one hand and Nobel economist and unrepentant liberal Paul Krugman on the other. The specifics of the disagreement, while important to a better understanding of the economy, are not nearly as interesting as the subtext of what makes a compelling argument.


No doubt many folk who work hard every day and consider what is in front of them based on their lifetime of experience in similar things value and rely on common sense. And what do the experts say? Sophia Rosenfeld has written a book on the history of common sense:


There is no more powerful gambit in contemporary political rhetoric than resorting to “common sense,” to principles grounded in the sentiments of “the people.”

Too true. Thomas Paine knew this, as Rosenfeld observes:


It is worth noticing, though, that ever since the appearance of Common Sense, Paine’s famous call to arms of that fateful year, Americans in particular, but ultimately exponents of democracy everywhere, have paid enormous lip service to the epistemological value of the collective, everyday, instinctive judgments of ordinary people. This is particularly true when it comes to matters of public life.…Trust in common sense—meaning both the shared faculty of discernment and those few fundamental, inviolable principles with which everyone is acquainted and everyone agrees—has, in the context of contemporary democratic politics, itself become commonsensical. Politics has been recast (no matter the growing complexity of the world we inhabit) as the domain of simple, quotidian determinations and basic moral precepts, of truths that should be self-evident to all.

All of us make use of common sense every day. Most pithy quotations (of which in general I am quite fond) draw their resonant power from the apparent truth of their simple wisdom. Yet, they can be very wrong. It was once common sense that the sun orbited the earth. Or the bleeding of patients could cure them of sickness. Or that lightning was a direct act of an angry deity. Or that an airplane was too heavy to fly.

If Moore and the rest of the conservative parrots at the WSJ editorial page are so enamored of common sense, let them ponder this one: if you reduce your income you'll have less money. Sounds like common sense, right? Yet they will not use that piece of seemingly evident common sense when it comes to governments that cut taxes. What the first President Bush famously called voodoo economics is now sacred Republican cant, despite how it defies common sense, and indeed, most experts of any repute, including Paul Krugman.

Krugman calls appeals to common sense such as those used by Moore anti-intellectual, and indeed, they strongly appear to be. Worse, as Moore unintentionally shows, common sense has now been harnessed ad hoc, and situationally, as a rhetorical device to advance an agenda that otherwise lacks evidentiary support. Such intellectual relativism, while perhaps facile in advancing a set agenda, does a disservice to the truth, and ultimately undermines reason and critical thinking as a rigorous underpinning for policy.
Posted by Unknown at 2:56 PM