The Need for "Predictable Regulatory Structure" 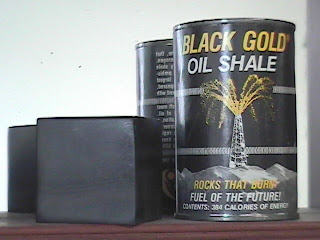 The Obama Administration is taking another look at the Bush-era decision to allow oil shale development on 2 million acres of federal land. The environmental costs and energy benefits are sketchy, but the industry hungers to begin. Reflexively pro-industry members of Congress are, as usual, in high dudgeon over the possibility of anything but a hands-off regulatory approach.


The road to viability for the oil shale industry is reliant on a predictable regulatory structure and an environment in which companies can invest in research and development and create jobs.

Tipton would have us believe that he and other Republicans just want to provide the certainty that allows energy production to go forward without the rules always changing. Such long-term vision and stability, they always insist, is necessary to create jobs, cut oil imports, provide energy security, etc.

I am sure we all look forward to the day he and his colleagues apply that same urgency and clarity to renewable energy. While the oil industry has permanent tax breaks, those for wind, solar, and other renewables are debated every couple of years and often allowed to lapse, with predictable damage to the industry and its development. Renewable energy projects can take years to garner their permits, while those in the oil patch can be approved in minutes.

Renewable energy has never had a predictable regulatory environment. If it did, we would also see lower costs, steady investment, reduced oil imports, enhanced energy security, and thousands of jobs.

When will Tipton and others realize they're missing the bigger problem? Can they even see it?
Posted by Unknown at 12:47 PM