US Energy By State 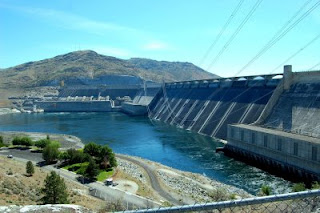 ~ The US Department of Energy has revamped their web site. One of the many new things is an interactive map that shows per capita energy consumption (in kilowatt-hours) by state.

Also interesting is renewable energy production by state. According to the map, Washington State produces 92.25% of its energy from renewable sources (chiefly hydro) and 10.96% of the renewable energy of the nation as a whole—242.16B kWh. This is the biggest percentage of any state. Iowa is next with 158.2B kWh and 7.16% of total US production, almost all from biomass.
Posted by Unknown at 11:24 PM