~ What does the Facebook debacle bode for future IPOs, especially with the impending rules changes?

Facebook went public at a valuation of $104B. In the two weeks since, the stock has swooned to below $30 a share, and the valuation has shriveled to $80B. (OK, maybe shriveled is the wrong word; it's still $80 billion after all.) But this isn't supposed to happen with IPOs; the stock is supposed to go up and make everyone rich!

So, bring on the lawsuits. There are several reasons given for initiating these lawsuits, but there would not be any at all if the stock price hadn't tanked. There would be no complaints if no one had lost money. But they have lost, and on what was thought to be the very hottest deal to come along since Google. 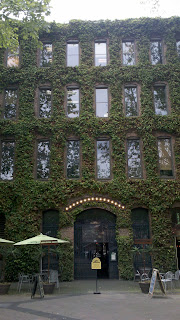 Details on the weekly Where's It Wednesday puzzle here.
Other weeks' puzzles here.
Answer to the last puzzle, after the jump. 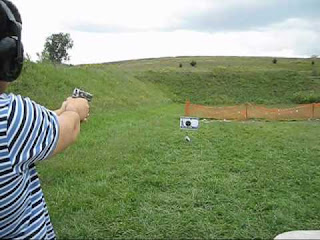 ~ So the laptop figuratively said once the BIOS went looking for an OS.

My laptop hard drive abruptly roached itself this weekend. Nothing in my various bags of tricks has been any use. Must have been a head crash. Poor thing was just an infant too—barely 6 months old—so sad.

And so aggravating. My last backup was about a week old, so now I must replace, reinstall, restore and of course, most of all regret—not having a more recent backup.

Posting has been (and will be) sporadic until things are humming again.

Posted by Unknown at 2:10 PM No comments:

Ready for a Grand Bargain

If Only There Were True Leadership

~ Amazingly, perhaps the first glimmers of an awareness of a real way forward:


A majority of Americans from both political parties are ready for the "grand bargain"--an increase in taxes on old energy sources (oil, coal, and natural gas) in return for a reduction in income tax rates across the board. In short, they're ready for a new national climate and energy policy to emerge.

They're also ready to support new, cutting edge energy technologies. And they recognize that climate change is starting to affect extreme weather events--in fact, 82 percent said they were personally affected by a climate-related extreme weather event of one kind or another last year--and are ready to do something about it.

It's bipartisan too. Details and other surprising results.

People know this is what needs to be done, and something much like this is already working in British Columbia. All we need is real leadership, and less corruption from unlimited corporate money. 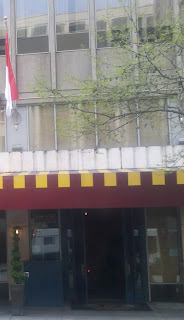 Solar Around the World 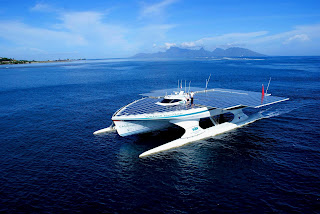 ~ If hybrid and all-electric cars and airplanes can be built, then why not a boat? Billed as the world's first solar circumnavigation by boat, the voyage of the MS Turanor PlanetSolar took almost 585 days:


The catamaran has a solar PV surface area that covers more than 530 square meters with a capacity of 93.5 kilowatts. That onboard power has been enough to lead the crew from Monaco through the Straight of Gibraltar, past Cuba, to Miami and Mexico, through the Panama Canal, across the span of the Pacific, to the eastern coast of Australia, up through Southeast Asia to Hong Kong, westward to the southern tip of India, into the Gulf of Iman, back down and into the Red Sea, where it crossed through the Suez Canal and back into the home waters of the Mediterranean.

It's a piece of nerdy coolness to power a boat from solar energy (and to give it a name from J.R.R. Tolkien) but rather impractical when another renewable energy source—wind—can be mechanically harnessed. Wind also can be converted to electricity with higher efficiency than solar. Still, it is another demonstration that our remaining enslaved to fossil fuels is no more than a choice, and a poor one at that. We could make other choices.

Posted by Unknown at 9:30 PM No comments:

Solyndra was developing a cylindrical solar module unlike anything else. It was a daringly different technological approach in an industry crowded with alternatives. When conventional solar modules became suddenly much cheaper, Solyndra's technology became uneconomical, and the company failed.

BP has substantial experience drilling in deep water for oil. It uses technologies that have been incrementally refined for decades and which are standard practice in its industry. When its Deepwater Horizon platform exploded, burned and sank, nearly 5,000,000 barrels of oil spewed into the Gulf of Mexico.

The Solyndra bankruptcy cost the government, and hence us taxpayers, more than $500M. Hundreds lost their jobs.

The BP debacle has cost the economy at least $40B in activity, and many billions in lost tax revenue. Thousands lost their jobs.

So which makes our economic problems (e.g. the deficit and national debt) worse?

Build It and They Will Ride

~ Why are there user fees for public transit but not for the use of other transportation infrastructure? What would happen if public transit were free?

The impact of not having user fees for other transportation options is instructive. Simply: an abundance in the supply of transportation capacity can stimulate demand for it. It works for bike lanes in cities:


Science has verified something that may appear obvious at first glance: The direct connection between the presence of bike lanes and the number of bike commuters. The more infrastructure exists to encourage biking, the more people bike—and the more society reaps the public health, energy, and lifestyle benefits that come with an increasing share of people-powered transportation.

This isn't true just for bikes; it's true too for roads. Build more capacity and the number of drivers, trips and miles driven increases: 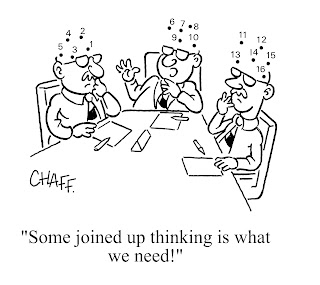 There were better things to do today than drink tequila, and tens of thousands did just that—connecting the dots on how climate change is the result of human choices and actions.

How to Start a Small Business—II

~ Stop me if you've heard this one:


How do you make a small fortune?
Easy—just start with a large one. 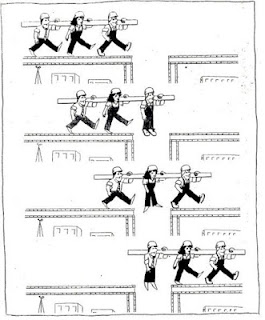 So how do you make a small business? Have a team made of those who work together and support each other.

Building a good team is hard, however, and it is easy to make the mistake of hiring the wrong person. In the early days that can sink a company. That's one reason companies often bring people on as contractors or consultants in the early stages. You can try people out and see how they do, and how well they fit. Or not. Business owners retain the flexibility of increasing or decreasing hours or  adjusting responsibilities. If all goes well, maybe hire them.

Do you have or want to make a small business, and are unsure how to put your team together? Contact me.

The True Cause of What Isn't Happening

Is It Reality or Parody? 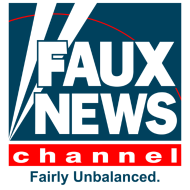 ~ The other day a friend posted a link to an article about how wind farms in Texas are "warming the Earth." The implication: wind farms are exacerbating global warming! Really?

Surprising and a bit puzzling. He first thought it must be from the Onion, but turns out it was from Fox News, which was quickly joined by the usual suspects in the uncritical right-wing echo chamber.

Ha ha. But then what happens? A bit later almost all the same information is reprinted in—where else?—The Onion! The funny bit, of course, is that The Onion didn't change the top line at all; they merely added 3 person-on-the-street comments that would be typical of their "dumb readers":


"Well, you get a bunch of turbines waving their arms about suggestively, things are bound to heat up."

"This is so counterintuitive. It just doesn't make any sense. Why would Texas have renewable energy sources?"

Ironic too that an organization that incessantly claims climate change/global warming is not happening would also claim that it is caused by green energy technology. Another reason to despise cleantech! It's causing heads to explode!

Posted by Unknown at 8:46 PM No comments: 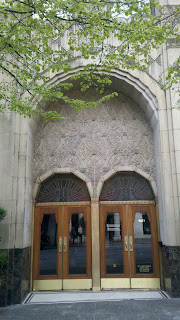 Time to Aim Higher than CSR 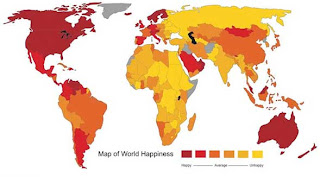 ~ My one-time high school classmate, Paul Klein, is now a sometime blogger for Forbes, where he pens thoughtful pieces arising from his work advising corporations on CSR, Corporate Social Responsibility. Today he published a piece on "the business value of social change."

It's a worthwhile read, and raises an intriguing point that incessant blather about CSR conveniently skirts: can CSR alone make a real difference when it remains subservient to the core corporate purpose of maximizing profit?