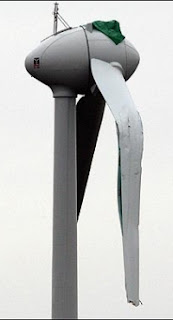 ~ I remain astonished at the hullabaloo drumming up support for the JOBS Act. Many people I know and respect, and legions more, are posting, tweeting, updating LinkedIn status and so forth to urge me to call my Senator, sign another petition, and spread the word.

How many are taken with the bill's title and the me-too tsunami and have not even read the bill? Despite its name, the bill will not create jobs, at least in startups and small businesses. It's a bill that makes investors wet, but won't make it rain for beleaguered entrepreneurs toiling to generate positive cash flow. And it opens a Pandora's box in crowd funding that will not end well.

Meanwhile, legislative alternatives, like renewing the Production Tax Credit, that are proven to create jobs remain in danger of dying, in part due to neglect from the same entrepreneurial community that so uncritically champions the JOBS Act.

The environment for entrepreneurs building startups from scratch remains challenging, and there are steps that legislators could take to improve it. In the meantime, however, they should pass straightforward legislation that has been proven to work. Craven politicians like Senator Jim DeMint, should be called out for the hypocrites they are on real job creation:


Senator Jim DeMint (R-S.C.) introduced his own amendment (Senate Amendment 1589) that, among other provisions, would have ended the PTC immediately upon passage—meaning that even projects under construction right now would not have been eligible for the credit. While the DeMint amendment claimed to cut all energy subsidies—it was the companion to the Pompeo bill in the House—it left untouched more than $30 billion in oil-and-gas incentives.

Shame. The job-killing effects are already underway. Where is the outcry?
Posted by Unknown at 11:54 PM