Angels in the Infrastructure 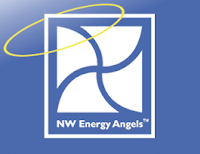 Tonight I had the pleasure of attending the Northwest Energy Angels (NWEA) annual holiday party, held at the Talaris Conference Center in Seattle's Laurelhurst neighborhood. Many of NWEA's members are veterans of local technology startups, entrepreneurs/business owners, or both. Others include financial, engineering, service and other professionals. The organization has been very active since its founding in 2006, investing over $3M in 18 companies, including such success stories as enerG2, Farm Power, MicroGREEN Polymers, Novinium and Propel Fuels.

Kevin Maas, one of the founding brothers of Farm Power, reported that the company had recently closed its (oversubscribed!) Series A round. Farm Power is building and operating anaerobic digesters that turn animal manure into methane to make electricity. The residual material of the process can be used as fertilizer or animal bedding. The company has one facility operating in Mount Vernon and is building another in Lynden. Two more are on the drawing board. Congratulations to Kevin and Daryl; I plan to post more on Farm Power and anaerobic digestion technology soon.

Thanks to Byron, Lars, NWEA Executive Director Margo Shiroyama, and the rest of NWEA for an enjoyable evening of networking, food and drink. Happy holidays all!
Posted by Unknown at 11:58 PM