...And Why None Are Persuasive 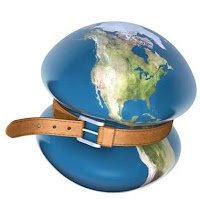 Business and investors, as well as a significant portion of the general public, have taken a mostly skeptical view of government’s spending tax (or worse, borrowed) dollars on new technologies. It matters little which sector, or whether the funds are termed stimulus or investment, or whether funding is deemed short-term or some kind of “commitment” or even whether it is a response to a catastrophic emergency.

Further distillation yields 10 specific objections to government funding of cleantech:
Are any of these objections compelling? A closer examination suggests not:


The public is generally skeptical to government funding of anything, and especially of late with the demagoguery promoting distrust of government and the deficit scolds in full throat. Attitudes change, however, when people directly feel the benefit:


The government is like that nerd who crashes a high school party. No one has any use for him... until they figure out he’s got a fake ID and can buy the beer.

The arguments against government of cleantech are not persuasive. Instead, the benefits of stronger government support would have lasting and powerful benefits to the country. Other countries are aggressively competing for these same benefits. We need to get serious and we need to get going. A closer look at what funding the cleantech sector needs and what is currently provided will be the subject of a future post.

This is a repost from the Northwest Cleantech Blog with minor changes for grammatical clarity.
Posted by Unknown at 1:28 PM