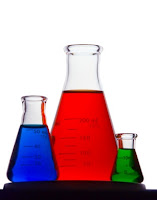 I was chatting with a colleague about building teams in startups and the challenge, especially in the earliest stages, of making the right hiring choices. What are the key considerations? What's most important? When is a candidate good, but not good enough? Reflecting on lessons I've learned in some of my previous startup companies, I believe that there are three aspects that matter ahead of all others, and one of those three that matter ahead of the other two.

In startups everyone has to be broad, good at many things, wear many hats, be a Swiss Army Knife. The team in the early days just isn't large enough to allow a lot of specialists (that can come later.) So you want depth where you can get it, perhaps in a clutch of key areas appropriate to the earliest stages--things like product development, organizational skills, talking to customers. But primarily, you need people who can think critically, change direction, plunge into new needs, learn rapidly, and execute with focus.

The demands at the earliest stage extend beyond the flexibility and ability to tackle many different things. There's also generally a shortage of resources and of time. The result is that everyone has to work hard—very hard—put in a lot of hours and be truly dedicated to the team's success. It takes stamina and perseverance, as well as a willingness to discard lots of effort and put out much more if and when it becomes necessary to pivot the business in a different direction. It takes a passionate commitment to the mission, a passion that manifests itself in superlative effort.

The third key attribute of a successful early stage hire is an individual's ability to work as an integral part of the entire team. Communication is a big part of that, but it goes beyond knowing when and what information to exchange with each other. It's also about trust, respect, shared vision and not letting egos get in the way.


In looking for people to hire, you look for three qualities: integrity, intelligence, and energy. And if they don't have the first, the other two will kill you.

Buffett uses "integrity" and it's important. To me that's part of the broader chemistry—any team of which I'd be a part must be composed of people of integrity, but must also have those other attributes that allow a team to function as one highly coordinated and effective unit.

Chemistry is also more important that intelligence and energy for another critical reason—it can't really be taught or instilled. People can learn to work smarter, and they can certainly master new skills or pick up new technologies, new sectors, new industries. That's especially true if they have energy and enthusiasm, which in turn can be acquired, if not taught, by solid, inspirational leadership. A powerful, positive team communicates its passion and infuses others with the deeper strength to do what it takes, even to do the seemingly impossible, because the team wills it to be so.

Strong chemistry can energize a team. Energy can be channeled into new skills and abilities. Chemistry is the key that can make any team succeed and can create energy and in turn grow intelligence. Lack of chemistry is also the leading cause of mediocrity, or of failure, and illustrates also the other side of personnel decisions. People often (erroneously) get hired for what they know, but they almost always get fired for who they are. The best hiring practice is to bring on people for who they are what they know, while still important, is secondary.

People can learn skills and job knowledge, they can be inspired to tap deeper energy reserves, but they cannot be turned into something they aren't.
Posted by Unknown at 11:55 PM