VC Herd on the Move 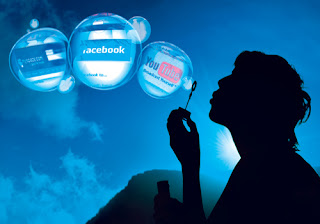 
Less than a decade after the dot-com bust taught Wall Street and Silicon Valley investors that what goes up does not keep going up forever, a growing number of entrepreneurs and a few venture capitalists are beginning to wonder if investments in tech start-ups are headed toward another big bust.

The chief evidence, according to industry experts and analysts, is the way venture capitalists and established companies are clamoring to give money to young companies, including those with only a shred of an idea. They are piling into me-too start-ups that imitate popular Web companies that already received financing. Companies that involve social shopping, mobile photo sharing and new social networking are finding it easy to attract investors because no one wants to miss the next big thing.

Fred Wilson, a prominent venture capitalist, said he had watched the trend accelerate over the last six to nine months. “I am seeing many more unnatural acts from investors happening,” he said in a recent blog post. He attributes it to competition among investors eager to participate in popular young start-ups. And he notes, “I have never seen phases like this end nicely.”

How could we avoid the next bubble? The answer is actually rather easy. Rather than fretting about missing out on "the next big thing" that others have already started, go start your own next big thing by investing in a new sector, a new concept, a new market. Hint: try cleantech.

Who took the venture out of venture investing?
Posted by Unknown at 11:58 PM