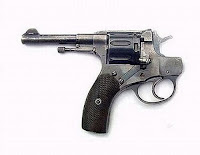 ~ Could we as a nation, at long last, really be taking a hard look at our gun laws? It's long overdue.

Perhaps at some later point I'll write at greater length on the subject, but for now I have just three questions.

First, here is the text of the Second Amendment, as ratified by the states:


A well regulated militia being necessary to the security of a free state, the right of the people to keep and bear arms shall not be infringed.