The Method of Impoverishment 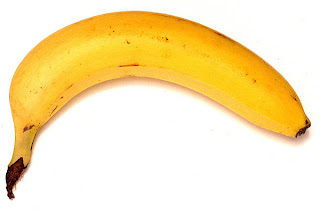 ~ We will soon suffer the endless Kabuki of sham fiscal cliff politics. It will be frustrating and feckless in appearance to most of us, but the wealthy and powerful will be well-served. We are in the midst of an economic struggle for survival which Warren Buffet famously characterized so:


There's class warfare, all right, but it's my class, the rich class, that's making war, and we're winning.

And how are they doing that?


Load economies (governments, companies and families) with debt, siphon off their income as debt service and then foreclose when debtors lack the means to pay. Indebting government gives creditors a lever to pry away land, public infrastructure and other property in the public domain... The aim of financial warfare is not merely to acquire land, natural resources and key infrastructure rents as in military warfare; it is to centralize creditor control over society.

The first step is to restrain, reduce and roll back income. Wages for working and middle-class people have been stagnant in real terms for decades. To replace that purchasing power, people have been enticed by all manner of loans and credit offers for houses, for cars, for education, for routine expenses, for fun. Assured we could have it all, growth in debt of all kinds has mushroomed. As the burden of servicing that debt has grown, the appeal to debtors of reducing costs has become irresistible. But what costs? Food, energy, education, housing, and of course, interest expense have grown, often hugely. No, we've been hoodwinked into thinking cutting taxes is the way to repair our cash shortage.


The emerging financial oligarchy seeks to shift taxes off banks and their major customers (real estate, natural resources and monopolies) onto labor. Given the need to win voter acquiescence, this aim is best achieved by rolling back everyone’s taxes... Financial lobbyists quickly discovered that the easiest ploy to shift the cost of social programs onto labor is to conceal new taxes as user fees, using the proceeds to cut taxes for the elite 1%. This fiscal sleight-of-hand was the aim of the 1983 Greenspan Commission. It confused people into thinking that government budgets are like family budgets, concealing the fact that governments can finance their spending by creating their own money. They do not have to borrow, or even to tax (at least, not tax mainly the 99%).

Next—so-called "entitlement reform" which is not reform, but instead the burdening of the many with debt for the enrichment of the few. It is an austerity which is anything but shared.


The Greenspan tax shift played on the fact that most people see the need to save for their own retirement. The carefully crafted and well-subsidized deception at work is that Social Security requires a similar pre-funding – by raising wage withholding. The trick is to convince wage earners it is fair to tax them more to pay for government social spending, yet not also to ask the banking sector to pay similar a user fee to pre-save for the next time it itself will need bailouts to cover its losses. Also asymmetrical is the fact that nobody suggests that the government set up a fund to pay for future wars, so that future adventures such as Iraq or Afghanistan will not “run a deficit” to burden the budget. So the first deception is to treat only Social Security and medical care as user fees. The second is to aggravate matters by insisting that such fees be paid long in advance, by pre-saving.

The final act is accelerating privatization.


By not raising taxes on the wealthy or using the central bank to monetize spending on anything except bailing out the banks and subsidizing the financial sector, the government follows a pro-creditor policy. Tax favoritism for the wealthy deepens the budget deficit, forcing governments to borrow more. Paying interest on this debt diverts revenue from being spent on goods and services. This fiscal austerity shrinks markets, reducing tax revenue to the brink of default. This enables bondholders to treat the government in the same way that banks treat a bankrupt family, forcing the debtor to sell off assets – in this case the public domain as if it were the family silver, as Britain’s Prime Minister Harold MacMillan characterized Margaret Thatcher’s privatization sell-offs.

In this context, it's not hard to take a guess at how the politics around our economic problems will play out:
Lastly, the forces at work here are playing a long game. These ideas keep coming back and back until they win, and in many areas, once won, there's no going back. When our national silver is sold we won't ever be buying it back.
Posted by Unknown at 11:40 PM