Another interior shot this week. Where in Seattle is this? 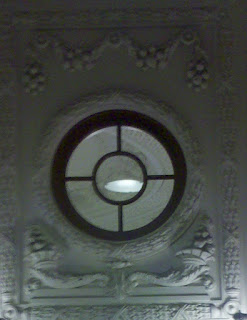 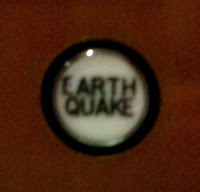 This elevator is in the west tower of the Seattle Sheraton between Union and Pike on 6th Avenue. I've seen them in other elevators as well.

So, what does it do? I didn't press the one at the Sheraton that day, but instead relied on teh Google. A sampling of replies:
Then I found a surviving video of someone actually pressing it, and, ... well, see for yourself:

Most modern high-rise elevators have an automatic sensor that detects excessive vertical or horizontal movement, and will cause the elevator to stop at the next lower floor and open the doors, presumably so the passengers can then run screaming towards the stairs. I'm guessing the button does the same thing if for some reason the sensor switch fails.