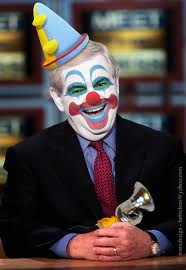 ~ Sure, it's bombastic in the ugly style of modern political campaigns, but to accuse the American President of being "outrageously anti-American" is tantamount to an accusation of treason. Newt Gingrich should be mortified for his intemperance, but, as his past amply shows, he is beyond shame.

So what has President Obama on energy policy done to provoke the vituperative Georgian so? Two things: not rushing approval of Keystone XL, and being too keen on electrifying our transportation sector.

Gingrich is not just disrespectful and obnoxious, he's also both wrong on the facts and, surprisingly for a self-styled historian, wrong on the nature of what is American.

The American system of governance is designed explicitly to be inefficient, and to make the passage of laws and policies deliberately difficult. Checks and balances, Byzantine rules, filibusters, super-majorities, conference committees, gerrymandered districts, rights of appeal, ... the list of ways to delay and frustrate action is long. While any of these can be used abusively, or imperfectly, overall the purpose is to provide ample time for deliberation and prevent hasty decisions made before a full analysis and public airing. Obama denied approval of Keystone XL because too many unexamined and significant questions remain. The truly un-American action here is the attempt by the US House to disenfranchise the constitutional role of the Executive branch and ram approval through despite serious questions of public safety and public policy.

Gingrich's complaint about electric vehicles is equally off-base. Fostering innovative solutions that better solve our problems is a core American approach. Gingrich campaigns on more innovation in everything from federal spending to support technology, to the space program, to social security and nearly everything else. He loves innovation, but apparently not if Obama is supporting it. Advancing electric vehicles, contrary to what Gingrich says, is exactly the kind of thing that will reduce foreign oil imports, but only if we are much more aggressive about doing it, i.e. spending more, going faster, requiring higher CAFE standards, etc. Things Obama has advocated for years, in short. Even the API says we should be conserving oil and one great way to do that is to use less to move our cars.

Solutions to our country's problems are much more likely to arise from innovation, investment in US technology, and a strong can-do, positive attitude. We will fix nothing by clinging to the very approaches that created the current mess while hurling mean-spirited accusations at anyone who is working in good faith on solutions.

All Gingrich does is provide another example that exposes the real GOP energy agenda.

Update: fixed typos.
Posted by Unknown at 11:57 AM