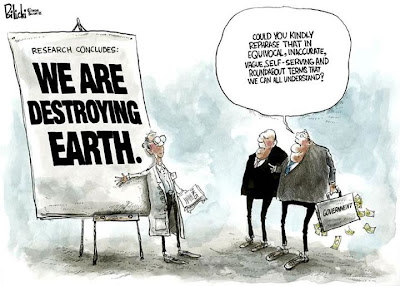 Our government, particularly Congress, is becoming steadily more hostile to science. As the cartoon suggests, much of the hostility not rooted in feeble-minded nincompoopery is the result of a moral blindness triggered by too much money.

This autumn, it is time to recycle virtually the entire wretched lot.