Legends and Lessons of the Past 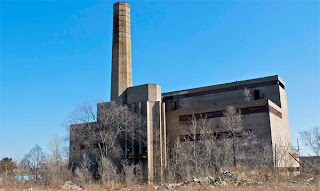 ~ We can learn from history—there once was a civilization of Job Creators that thrived in America because it created jobs that allowed millions to thrive. The Onion reports on the findings of latter-day archaeologists about how they once built


...highly distinctive steel and brick structures wherever they went, including many buildings thought to have held hundreds of paid workers at a time.

"It's truly fascinating—after spending a certain number of hours performing assigned tasks, the so-called 'employees' at such facilities would receive monetary compensation that allowed them to support themselves and their families," said archaeologist Alan H. Mueller, citing old ledgers and time-keeping devices unearthed at excavation sites in the region. "In fact, this practice seems to have been the norm for their culture, which consisted of advanced tool users capable of exploiting their skills to produce highly valued goods and services."


...one of the most advanced and prosperous civilizations in the world... [that was] able to provide work to nearly every person who sought it... Workers [were]employed at the same job at the same location day in and day out for their entire adult lives. It was grueling, perhaps, but astonishingly, some of these individuals were able to set aside part of their earnings for the future, slowly saving money with the hope of improving the prospects of their offspring.

The amazing part is, this bafflingly high level of economic security went on for generations.

Actually, it's not so surprising. These Job Creators became slowly less interested in the long, steady and hard work of creating highly valued goods and services and the arduous effort of recruiting and training advanced tool users. It was easier and more fun to throw dice with fellow gamblers at the floating craps game down the Street. In time, the source of the wealth used on the Street was forgotten, and the gambling was confused for a productive economic activity. New wealth was not created at the dice game, but simply moved around by the players among themselves. Once productively employed tool users were seduced into joining the game, only to lose their relatively smaller wealth to those running the game.
Posted by Unknown at 11:35 PM