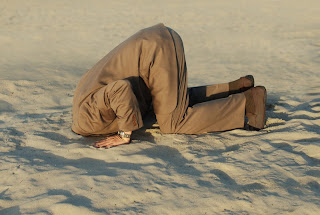 ~ How much environmental damage results from business as usual? According to a forthcoming United Nations report about $2.2 trillion in 2008—from the activities of just the 3,000 largest global corporations. This amount is larger than the national economies of all but 7 countries in the world.


The report comes amid growing concern that no one is made to pay for most of the use, loss and damage of the environment, which is reaching crisis proportions in the form of pollution and the rapid loss of freshwater, fisheries and fertile soils.

Later this year, another huge UN study - dubbed the "Stern for nature" after the influential report on the economics of climate change by Sir Nicholas Stern - will attempt to put a price on such global environmental damage, and suggest ways to prevent it. The report, led by economist Pavan Sukhdev, is likely to argue for abolition of billions of dollars of subsidies to harmful industries like agriculture, energy and transport, tougher regulations and more taxes on companies that cause the damage.

The biggest cost is from the despoiling of our commons, i.e. the dumping of wastes into and onto that owned by humanity collectively, especially the air by pollution and greenhouse gases that cause climate change. The realization that we must protect our common environment has been taking hold for years. The Clean Air Act and The Clean Water Act were responses to the recognition that it harms all of us to allow our air and water to be fouled at our cost and for someone else's profit. The impact of greenhouse gases is much the same: costs to many (and extreme costs to some) while a few make greater profits by not having to pay for the full costs of what they do.

These externalized costs are a growing threat not just to the environment but to the health of the economy as well. Richard Mattison of Trucost, creator of the report, noted that "externalities of this scale and nature pose a major risk to the global economy and markets are not fully aware of these risks, nor do they know how to deal with them." While the estimated cost includes emissions into the air and pollution of water it does not include several things likely to drive the total cost higher: consumption by individuals, governments and smaller businesses, toxic wastes, and the consequential climate change effects such as mitigating erosion, and eco-migration.

Mattison observed that the costs will take a big bite about of profit margins, and what the policy response will be is unclear:


Whether they actually have to pay for these costs will be determined by the appetite for policy makers to enforce the 'polluter pays' principle. We should be seeking ways to fix the system, rather than waiting for the economy to adapt. Continued inefficient use of natural resources will cause significant impacts on [national economies] overall, and a massive problem for governments to fix.

Companies should start acting to clean up their act now rather than wait for a full-fledged disaster and a politicized policy response. Done right, they can even do well on their bottom line even as they do good for the environment.