Getting Their Pander Up 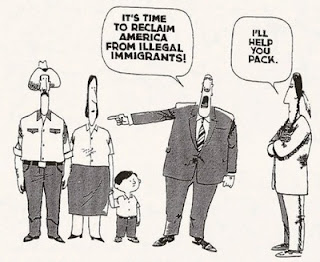 ~ An Exxon executive complains that Democrats are pandering to the deficit "Super Committee" when they urge rolling back oil and tax breaks. He's evidently unfamiliar with political pandering, one definition of which is to assert views "merely for the purpose of drawing support ...and [that] do not necessarily reflect one's personal values."

It is too much of a stretch, however, to say that these Senate Democrats are pushing this merely for political support and even less credible to suggest it doesn't match their personal values. Rather, a $2B annual reduction in largesse to Big Oil appears as an extremely modest step to address the current deficit hysteria:


Despite the oil companies’ insistence to the contrary, we know from analyses by the non-partisan Congressional Research Service and Joint Economic Committee that cutting $2 billion in annual oil subsidies and tax breaks for oil companies would not make oil and gasoline more expensive. The price of oil and gas is set on the world market, and federal subsidies play no role in prices consumers pay at the pump. To put it another way, if the five largest and wealthiest private oil companies were willing to live with $142 billion in profits this year, rather than their projected $144 billion, they would be paying their fair share in taxes without raising gasoline prices one penny.

What does real pandering look like? Newt Gingrich does show and tell:


This kind of tough talk on oil and gas subsidies isn’t new. Republicans from freshman Rep. Joe Walsh (R-IL) to Budget Committee Chair Paul Ryan (R-WI) and Speaker John Boehner (R-OH) said cutting oil subsidies should be in consideration during budget negotiations earlier this year. Yet, when it came time to vote, all three (and many other Republicans) voted to maintain the subsidies not once, but twice. Ryan, a vocal critic of “corporate giveaways” when he’s at town hall meetings, preserved a $4.1 billion break to oil and gas companies in his fiscal 2012 budget, even while cutting other vital programs. So while Republicans like Gingrich often say the right things when it comes to ending giveaways to Big Oil, it’s rare that they actually back up those words when they get the chance.

To top it off, Gingrich is also pandering here himself. He's speaking in Iowa as a presidential candidate ahead of that state's supposedly important GOP straw poll, and is shilling for ethanol subsidies, still popular there, by contrasting the treatment to those for oil and gas. Free market economics? Phooey. He needs votes in Iowa the way Tom Coburn needs them in Oklahoma by shielding oil and gas subsidies. Even conservatives can recognize that this is pandering, both to the audience as well as that other kind—pimping for money.
Posted by Unknown at 10:10 PM