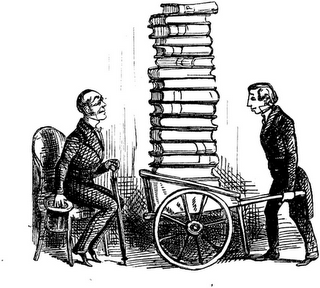 ~ The SEC has issued its first set of proposed rules to implement the JOBS Act, focusing on the much-anticipated relaxation of the prohibition on general solicitation. It's a disappointing effort.

The new proposed Rule 506(c) adds to the existing Rule 506 exemptions, which are left unchanged. In announcing the proposed rules, the SEC noted:

Regrettably, the SEC largely punted, determining very little of substance regarding the "methods." Instead, the proposed rules largely restate, over dozens of pages, that the steps should be "reasonable" without spelling out any clear standard.

The SEC considered, but rejected suggestions that they provide specific safe harbors, checklists, or other methods on which issuers could safely rely.


The SEC’s proposing release notes that proposing specific verification methods that an issuer must use “would be impractical and potentially ineffective in light of the numerous ways in which a purchaser can qualify as an accredited investor … We are also concerned that a prescriptive rule that specifies required verification methods could be overly burdensome in some cases, by requiring issuers to follow the same steps, regardless of their particular circumstances, and ineffective in others, by requiring steps that, in the particular circumstances, would not actually verify accredited investor status.”

So how do we entrepreneurs issuing stock determine whether a buyer is accredited? Says the SEC, we should "consider the facts and circumstances" of the offering and the prospective purchaser. "Among other things":
There is much discussion of the different ways that an investor could be accredited and a recognition that what is "reasonable" in one case may be less so in another. Is someone writing a very large check more likely to be accredited thereby? Does their job title/position make them more likely? What if their salary were part of the public record? Does the reassurance of a broker, accountant or other fiduciary suffice? Says the SEC: "an issuer would be entitled to rely on a third party that has verified a person’s status as an accredited investor, provided that the issuer has a reasonable basis to rely on such third-party verification." It is a reasonable approach if it is reasonable in some way. That clears things up!

The SEC states that the view has "merit" that the better known the prospective investor is to the issuer, the less separate due diligence would be necessary.


After consideration of the facts and circumstances of the purchaser and of the transaction, if it appears likely that a person qualifies as an accredited investor, the issuer would have to take fewer steps to verify accredited investor status, and vice versa.

None of this provides much more guidance than simply an exhortation to do the best one can.

Even the SEC recognizes the problems inherent in this approach.

All of this matters of course, because it is the issuer, not the investor, that has the burden of proof regarding accreditation should their be a lawsuit or a challenge the the issuer's claiming an exemption to securities registration under Regulation D Rule 506:

Regardless of the particular steps taken [to verify accreditation status], it would be important for issuers to retain adequate records that document the steps taken to verify that a purchaser was an accredited investor. Any issuer claiming an exemption from the registration requirements of Section 5 has the burden of showing that it is entitled to that exemption.

So why the laissez-faire proposal? The clearest summary by the SEC for its go-figure-it-out-on your own approach ends with an interesting observation:


We believe that the approach we are proposing appropriately addresses these concerns by obligating issuers to take reasonable steps to verify that the purchasers are accredited investors, as mandated by Section 201(a), but not requiring them to follow uniform verification methods that may be ill-suited or unnecessary to a particular offering or purchaser, given the facts and circumstances. We also expect that such an approach would give issuers and market participants the flexibility to adopt different approaches to verification depending on the circumstances, to adapt to changing market practices, and to implement innovative approaches to meeting the verification requirement, such as the development of third-party databases of accredited investors.

For entrepreneurs of startup businesses it is not "flexibility" that is needed, but simplicity and certainty. No entrepreneur can afford to wing this because one misstep can destroy a company, if not by a regulatory action or a lawsuit themsleves, than simply by the cost of contending with them. No, the flexibility that so enamors the SEC is valuable to those (unspecified) "market participants" and the third-parties and their "databases of accredited investors." The whole idea of relaxing the prohibition against general solicitation was to make it easier and less costly for entrepreneurs to raise the capital they need. The result we will get here, however, is one where a whole new class of fee-collecting entities will in essence be required to do such a solicitation. It will be the only way both issuers and investors will have the confidence that things are being done correctly under the exemption and without fraud. It will be the only way that issuers can mitigate the substantial risk of selling to non-accredited investors, and likely the only way investors will suffer divulging the information that issuers will likely request just to be safe.

The proposed rule doesn't make it simpler and cheaper; it makes it more costly and harder. The SEC gets one thing right. The new rule is proposed as a new subsection of Rule 506, and the existing rules and requirements are left unaffected:


The proposed rules would preserve the existing portions of Rule 506 as a separate exemption so that companies conducting 506 offerings without the use of general solicitation and general advertising would not be subject to the new verification rule.

The proposal matters because Rule 506 is a significant method of raising capital. In 2011, issuers raised $895B using Rule 506. In contrast, registered offerings, promulgated without exemption, raised only slightly more—$984B. Prior years had a similar relationship.

The SEC is accepting comments through the end of the month.
Posted by Unknown at 11:08 PM