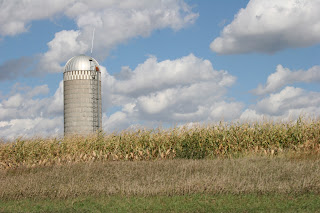 ~ What needs to be done to grow the entrepreneurial ecosystem in the Pacific Northwest?

This question was one of the four primary themes of the recent Pacific Northwest Innovation Summit, and the focus of the day's third panel. Everyone is in favor of more innovation leading to more entrepreneurial activity, but the specifics are elusive.

Moderator Luke Timmerman, Seattle editor for Xconomy, asked about barriers to local entrepreneurship. There are several (a few to be subjects of later posts) but one is how concentrated we are in software and life sciences. The Seattle region is an undisputed national, even global leader in those, but we need to expand beyond just two to truly build a stronger innovation-fueled economic engine.

Part of my response to the question was:


One of the things that I’ve seen is that, particularly here in Western Washington, there is a lot of support for software startups. Investors like them because they are capital efficient. That’s great; you can get to market in 9 months instead of in 5-7 years [for life sciences]. That’s lovely. I think we are not diversifying our startup ecosystem to the extent that we could. One of the big impediments is a certain faddishness in what we pursue. Sure, we’re strong in software; we have those anchor tenants [Microsoft, Amazon, etc.]. Maybe we don’t have an anchor tenant in life sciences but we have a lot of activity. Having attempted to start a number of companies that fall outside of those silos, I know intimately how incredibly difficult it is to build those companies because the ecosystem doesn’t exist to support them. So, how do we fix that? I don’t have a clear-cut answer other than an appeal to people to invest in something different once in a while [laughter]… try it you might like it!

I was only half-joking. Capital efficiency is vastly over-rated; the corollary is much lower barriers to entry. (It's also becoming less obvious how truly capital efficient software businesses are anyway. Fellow panelist Bryan Mistele of INRIX, noted that unemployment for local software engineers was "minus 40%" because of huge unmet demand for talent, and told of a barely-out-of-college employee lured away from his $60,000/year starting salary for $100,000 a year and a $100,000 signing bonus.)

None of my startups have been pure software plays, and only my current company, Phytelligence, has a life sciences angle to it. It is certainly possible to build companies outside of the big two silos, but it's a lot harder, and probably a lot harder than it ought to be.

Why is that?—Lack of startup ecosystem around those areas. A dramatically smaller universe of interested investors is a big lack, but not the only one. Finding advisors, experienced executives, service providers and others with relevant domain experience are all challenges to building a different kind of business.

Fellow panelist and WSU EIR Kevin Peterson of Food Chain Safety noted that he ended up funding his company from strategic partners rather than traditional angel or venture investors. Hydrovolts, a company I co-founded in renewable energy, has also received the bulk of its investment from outside the Seattle area. Phytelligence is also getting much more investment interest from its customers rather than area angel groups.

It's a bit of a chicken-and-the-egg problem, and like all such problems, it is solved by beginning somewhere, and patiently building. Some catalysis would be a huge help too, and that will be the subject of another post soon.
Posted by Unknown at 10:25 PM