Can We Manage More than Expectations? 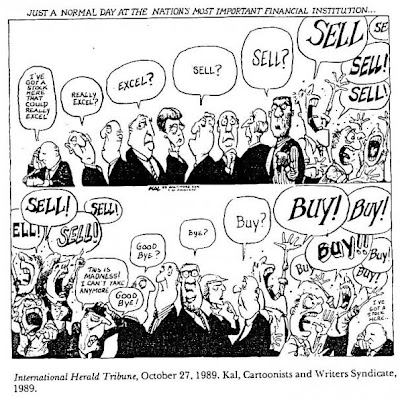 
“Imagine an NFL coach,” writes Roger Martin, Dean of the Rotman School of Management at the University of Toronto, in his important new book, Fixing the Game, “holding a press conference on Wednesday to announce that he predicts a win by 9 points on Sunday, and that bettors should recognize that the current spread of 6 points is too low. Or picture the team’s quarterback standing up in the postgame press conference and apologizing for having only won by 3 points when the final betting spread was 9 points in his team’s favor. While it’s laughable to imagine coaches or quarterbacks doing so, CEOs are expected to do both of these things.”

In today’s paradoxical world of maximizing shareholder value, which Jack Welch himself has called “the dumbest idea in the world”, the situation is the reverse. CEOs and their top managers have massive incentives to focus most of their attentions on the expectations market, rather than the real job of running the company producing real products and services.

The “real market,” Martin explains, is the world in which factories are built, products are designed and produced, real products and services are bought and sold, revenues are earned, expenses are paid, and real dollars of profit show up on the bottom line. That is the world that executives control—at least to some extent.

The expectations market is the world in which shares in companies are traded between investors—in other words, the stock market. In this market, investors assess the real market activities of a company today and, on the basis of that assessment, form expectations as to how the company is likely to perform in the future. The consensus view of all investors and potential investors as to expectations of future performance shapes the stock price of the company.

The real work of business has been corrupted by the expectations game. Yet this is how Wall Street has worked for at least 30 years. CEOs focus on the financials and on managing the expectations when they should be building the business and, you know, making stuff.

Is it any wonder our economy is being hollowed out? The tertiary economy has crowded out real economic activity that creates real value and supplies real jobs.
Posted by Unknown at 11:08 PM