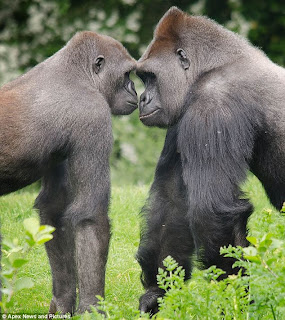 ~ Sure, Republicans are tools of the fossil fuel lobby. And yes, they also hate, hate, hate tax increases, vilifying any tax cut expiration. Yet they are seemingly willing to allow a payroll tax increase unless they can expedite Canada's pipeline; why?


To understand why the pipeline has become the GOP's line in the tar-sand, you have to fathom the nasty logic of alpha-male political messaging in the age of Fox News. You have to grasp what Josh Marshall calls "the Republicans' bitch-slap theory of electoral politics" -- an ugly name for an ugly tactic. Marshall's idea -- originally formulated during 2004's Bush vs. Kerry campaign -- is that Republican campaign moves often aim to expose opponents as weak by, in effect, slapping them to see whether they'll slap back. A failure to respond exposes you as a weakling; if you won't defend yourself, how will you defend the nation?

Here's how the bitch-slap theory relates to Keystone XL. Obama's pipeline delay represented a rare event in our public life: street protests led to actual policy change. The president's reversal was, in fact, the one and only signal achievement progressives could point to in an otherwise dismal year that featured, among many other disappointments, Obama's cave-in on tightening smog rules. It was a win for the planet and for a mass popular movement -- and therefore it could not stand. The impertinence had to be met with a slap. Otherwise, who knows what demands protesters might start making next?

Stopping the climate-destroying pipeline matters. Providing some tattered shreds of social support to those who cannot find work matters. But what matters more is not allowing an atavistic brain-stem caucus to thump their chests in primal, animalistic triumph.

Or have our politics become so debased that this is OK?