When the Going Gets Strange... 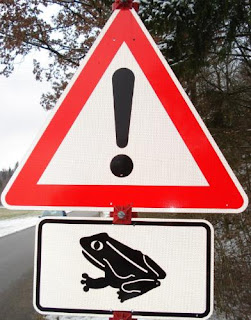 ~ The weather is getting weird. Climate change is altering temperature, humidity, and the hydrological cycle, resulting in aberrant weather such as droughts, floods and more severe storms.

Could it also account for apples falling from the sky?


An avalanche of more than 100 apples rained down over a main road in Keresley, Coventry on Monday night.

The street was left littered with apples after they pelted car windscreens and bonnets just after rush-hour.

The bizarre downpour may have been caused by a current of air that lifted the fruit from a garden or orchard, releasing it over the junction of Keresley Road and Kelmscote Road.

One driver said: "The apples fell out of the sky as if out of nowhere. They were small and green and hit the bonnet hard.

There are no apple trees in the area, and causes such as falling from airplanes or being lobbed as a prank have been ruled out. Most likely is that the apples were picked up by what amounts to a miniature tornado which dropped them some distance from the source trees. Could such a peculiar event be the result of our increasingly altered climate?


Jim Dale, senior meteorologist, from British Weather Services, said: "The weather we have at the moment is very volatile and we probably have more to come.

What's next? Frogs? Fish? Other weird rain? Some kind of latter day biblical plague?
Posted by Unknown at 10:04 PM