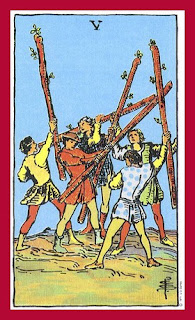 ~ 2012 is going to be rather similar to 2011 politically, but there will be some changes on the economic front.

It's an election year, and, although it seems like the election started a year ago (right after the last one ended), this cycle will see yet higher levels of obsession with the election by politicians, journalists, pundits, and, hence, everyone. So, in government, there will be even fewer policy accomplishments than in 2011 (is that even possible?) and science, reason, and critical thinking will be marginalized to the point of invisibility.

The election will change a number of the players, but regrettably will change none of the political dynamic. The dysfunction will continue, public anger and disgust will increase, and only economic downdrafts in Europe and Asia will prevent precipitous erosion in America's global competitiveness.

Finally, I agree with all of these other predictions.

Best wishes for a healthy, happy and prosperous 2012 to my friends, family, clients and colleagues.
Posted by Unknown at 11:46 PM