Solyndra was the Exception 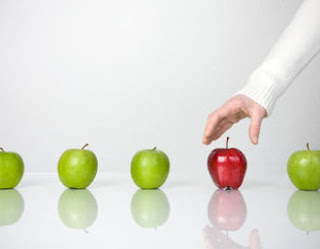 ~ No venture capital fund picks only winners, not even (especially) the federal government. There will always be losers. It's baked into that particular cake.

Now it turns out that the stimulus funds invested in various companies actually turned out pretty well. The government did a better job than most venture capital firms:


The stimulus has helped spark an 82% gain in the stocks of 11 health care technology companies since President Obama took office and a 263% gain in the three public companies that took $7.8 billion of federal financing to build next-generation vehicle factories. It contributed to a 79% jump in stocks of the four leading energy-efficiency companies identified by IDC, including diversified companies such as Johnson Controls and Honeywell. Companies involved in developing smart electric grids, nine big tech firms that are also in many other businesses, have risen 54%.

All these match or exceed the 51% gain in the Standard & Poor's 500-stock index, and beat the 4.9% average annual gain in venture funds raised in 2008, according to Cambridge Associates. The big exception is that the five solar-power companies and advanced-battery manufacturers on IDC's list have fallen 70%. Similarly, among the loan-guarantee recipients examined by USA TODAY, solar-power-related companies such as Solyndra and energy-storage companies such as Beacon Power, which filed for bankruptcy reorganization Oct. 31, have fared the worst.

Solyndra is not representative of overall returns, although such a washout is hardly atypical in a portfolio of new enterprise investments. Scott Sandell, a partner at New Enterprise Associates (NEA), the nation's largest venture firm, commented on the federal government's stimulus funding mirroring the role of a VC:


"If it succeeds, it will succeed because a handful of companies produced extraordinary results," said Sandell. "The lemons always show up first. That's the story of the venture capital business."

Away from the computer for a few days, so no posts. Back in the groove now.