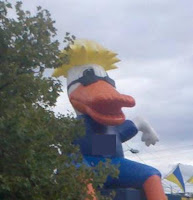 The Dexter Horton building is named for the eponymous early Seattle pioneer, part of the so-called "Bethel Party" who was one of the city's founders in the 1850's:

An interesting and somewhat amusing narrative of his travel to and exploits in Seattle can be found here. Among other things, Horton founded Seattle's first bank in 1870, later known as SeaFirst Bank, and which was eventually swallowed, along with so many others, by Bank of America.
Posted by Unknown at 10:03 PM