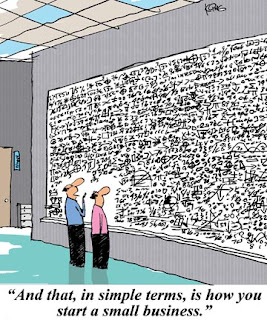 ~ Serial Entrepreneur Steve Blank has a great post that argues no VC is truly qualified to be a VC without startup CEO experience. He quotes Mark Twain:


A man who carries a cat by the tail learns something he can learn in no other way.

He's right. But why stop at VCs? The advice is good for investors of any kind. I made several really dumb invetsments in startup companies before I got down in the operational trenches, first as a role player, then as a number 2, and eventually as a founder and CEO.

I wish I had run a company myself before I committed my money to others without better understanding what questions to ask, and what it takes to turn an idea by execution into a cash flow positive success. In I have been sweaty and bloodied, have dealt with all manner of people issues, struggled to close customers, scraped together funds to pay staff, faced exhaustion beyond belief yet kept going, and found ways to win even against the bleakest prospect. I've never looked at an investment opportunity the same way since.

Could one learn without doing? Perhaps some do. John Doerr famously remarked that a new VC will lose $30M before figuring out the job. Steve Blank is right—it's much cheaper and faster to have a new VC learn by running a startup.