Last week's picture shows an old painted piece of the north wall of the building at 1200 Third Avenue downtown, which apparently contains a variety of offices, including those of Expediter's International.It was formally known as the Telephone Building. 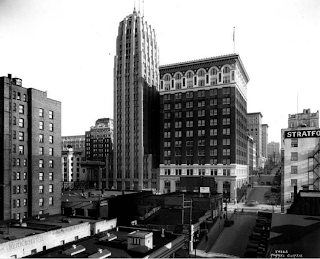 It's across the street from 1201 Third Avenue, the former WaMu building, which would be built decades later in the foreground of the above picture. It's also next to the Seattle Tower, the city's first Art Deco building, built in 1929, 8 years after the Telelphone Building. 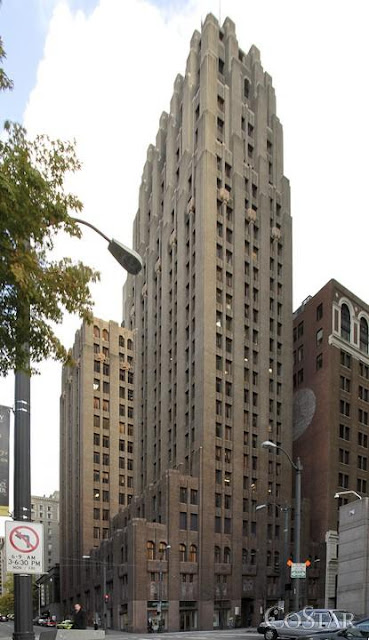