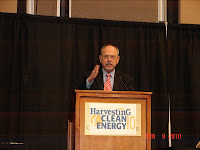 ~ Representatives such as Doc Hastings (R-Pasco, WA) are why only 9% of voters approve of the job Congress is doing.

Hastings chairs the House Natural Resources Committee, and has used that position as a soapbox for views which neither accord with public opinion nor have any hope of becoming pragmatic, effective solutions to our problems.

Last week he renewed the feckless call for oil drilling in the Alaskan Arctic National Wildlife Refuge (ANWR.) Won't happen. Even if the House can pass something on this the Senate and even President Obama are unlikely to agree. This is a fight waged for partisan point-scoring and base-pandering, nothing more, and as such, it represents a squandered opportunity to propose—and dare one say—negotiate legislation that pragmatically addresses real problems that still beg for solutions.


Hastings has been pushing a dirty energy agenda for years. He claims to want more domestic energy, but his support for renewable sources is rather limp. He has pushed the risible canard that Obama is "denying access to American energy that would lessen our dependence on hostile Middle Eastern oil," but doesn't draw the obvious conclusion that energy security comes from transitioning to renewable sources that never run out and which no other country can impair.

In February 2010 I heard Hastings speak at the Harvesting Clean Energy Conference in Kennewick. He stated that he favored an "all of the above" energy policy, but spent his entire speech shilling for fossil fuels.

Hastings asserted that "we cannot ignore the worldwide supply" of oil and coal, and implied the supply would last almost indefinitely: "Someday, probably not in my lifetime, we'll move away from oil and gas." He shared the conference consensus view that policy needs to address our growing energy insecurity: "It is not in our best interest to be importing from parts of the world that are hostile to us." We should not be importing oil when we have "tremendous reserves" in Alaska and on the Outer Continental Shelf (OCS) and "we ought to be utilizing that." Hastings asserted that every time we look for oil "we find more" and that "we are getting better at that every year." 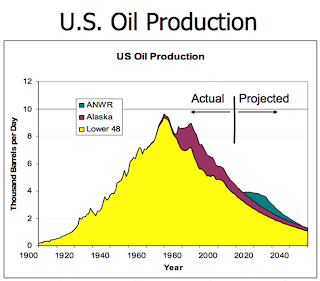 US oil reserves have been shrinking for decades. So has production. Offshore oil drilling simply will not make much difference. I am always disappointed when one of our more senior elected officials spouts easily disproved untruths in service of a pet ideological position.

Hastings had a variety of other goofball pronouncements about cap-and-trade, and joined the now standard GOP line that government must avoid "picking winners and losers" as it is a "subjective choice" and (deeply horrifying) a "non-market way."

If Hastings were to truly adhere to his stated principles of diversifying energy and seeking a "market way", and of being a true all-of-the-above advocate, he would support regulation of greenhouse gases, and demand that we stop subsidizing fossil fuels.

His support for oil and gas isn't surprising if one simply follows the money:


Hastings has received $38,250 from oil and gas interests this year, more than any other industry, according to the Center for Responsive Politics.

His top campaign contributor is Edison Chouest Offshore, a Louisiana-based shipbuilding company that's building Shell Oil a huge icebreaker, a vessel larger than a football field that's intended to be used for oil exploration in the Arctic.

The company's officials have given $22,500 to Hastings' 2012 re-election effort. One of them, Gary Chouest, is the company's president.

Exxon Mobil and the National Mining Association rank second and third in the chairman's fundraising this year, having donated $10,000 and $6,000, respectively.

The public wants more support for renewables, not special interest advocacy at the public's expense, and not excuses for failure and lassitude.
Posted by Unknown at 5:47 PM