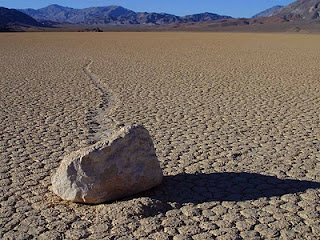 ~ Politicians and others endlessly tout the importance of innovation nowadays, but it isn't the cure for what ails us, for a simple reason:

Having an idea is easy. Executing on it is hard.

This truism of entrepreneurship can be easily seen. Go to a business plan competition, or an angel investment group deal screening, or entrepreneur networking event and you'll hear dozens of ideas offered excitedly or cautiously by earnest startup inventors.

Most never make it. Companies fail to raise the capital they need, or they run out of what they've raised too soon. Almost always this is because the idea was never fully translated into goal-directed, mission-aligned and concrete steps that were taken clearly and purposefully, stepping over the inevitable obstacles that arose. The idea may have been good, but the execution wasn't.

Another (corollary) truism: ideas are cheap, but execution is expensive. This can be seen from the high number of startup failures. Many ideas are hatched, but few survive the brutal Darwinism of the entrepreneurial ecosystem to emerge as viable businesses. Having a solid management team or an experienced entrepreneurial mentor makes a difference, and this is why the good ones are rarely cheap. They have taken arrows and know the battlefield. They understand the supreme importance of execution. They plan to succeed and succeed by planning. They can pivot. They have the confidence of investors and can raise the capital needed to get to cash flow positive operations.

The United States has long been a leader in innovation and entrepreneurial activity—patent generation, new companies started, new industries created—the US has led the way for generations. We're a magnet for creative people from all over the world.

But it matters less and less if all we do is whip up ideas. That's the easy part. How are we ensuring that those ideas are executed here? That the companies are built here? That the funding to nurture them to success is here? That the jobs created are here? Actually, we aren't, not very much, and less so all the time.

Manufacturing continues to bleed away to offshore destinations (like China) where the costs of production are lower, and increasingly where the markets are more stable and faster growing. Talent that can run companies comes here to learn, but then returns to their native countries to build businesses and inculcate an entire generation in the enduring and creative effort of building valuable businesses around cheap ideas. Even investment to build companies is moving offshore.

While we argue over who is better at nurturing innovation and wrangle about whether our lack of value creation is the fault of investors or of entrepreneurs, the world is eating our lunch. The infamous valley of death is getting wider and more arid. The problem isn't about whether there are too few with the idea to cross or too few willing to help them. The problem is that the valley is lusher and less desolate elsewhere, and perhaps narrower and quicker to cross as well. Other governments help; ours makes it harder by pursuing a myopic austerity. We are exacerbating desolation even as we exhort more to set out across the desert. The death rate will rise, but perhaps, the thinking seems to go, sheer numbers will increase the odds of survival, and the numbers of survivors that reach the other side. We are replacing the Valley of Death with the Desert of Darwinism.

Ideas won't get us across. We need guidance and effort, but also, critically, resources. We need execution.

We need to green the valley.
Posted by Unknown at 11:14 PM