When Biodegradable is Bad

Decay Too Rapid in Landfills 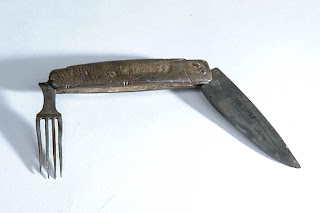 ~ Most of us have grown up with the idea that it's good if waste products are biodegradable. It's true, except in landfills, where the decay process can release methane, a powerful greenhouse gas. Due to a quirk in the law, this methane isn't captured, but ends up in the atmosphere:

Federal regulations do not require landfills that collect methane to install gas collection systems for at least two years after the waste is buried. If materials break down and release methane too quickly, ...much of the methane will likely be emitted before the collection technology is installed. This means less potential fuel for energy use and more greenhouse gas emissions.

Food and yard wastes can be composted by individuals. It works well for me (if I can keep my dog from nosing around in it.) Some municipalities, including almost all in the Seattle area, now collect these wastes curbside in the "green bin" for large scale composting. Premature methane release is less a problem from these than from products such as biodegradable utensils, now increasingly found at events where organizers are sensitive to sustainability concerns.

In the Middle Ages people generally carried their own utensils about with them. Perhaps this is yet another idea where the future will borrow from the past.
Posted by Unknown at 11:52 PM