How Many Politicians Does It Take...

...To Change A Lightbulb? 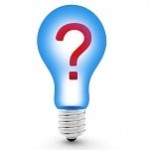 ~ According to former Governor Ed Rendell at the Renewable Energy Finance Forum (REFF), way too many:

During his keynote address, Rendell voiced his frustration about the current politics in Washington by depicting the GOP resistance about transitioning away from incandescent lightbulbs. “We're diddling around on BS while the rest of the world is kicking our butts.”

Here in Washington State the race is just beginning for our new Governor. Smart people are asking just what the candidates propose to do on energy policy, and especially on seizing the opportunity, relentlessly slipping away, for global leadership in cleantech.

It's difficult to have a reasoned exploration of policy differences when the spectacle more resembles professional wrestling than intelligent debate with a bias for problem-solving. It will be much harder still should one of the parties nominate a presidential candidate that thinks fluorescent lightbulbs are killing our pets.
Posted by Unknown at 11:43 PM