And the Poets Dreamed

We Need Narratives, Not Numbers 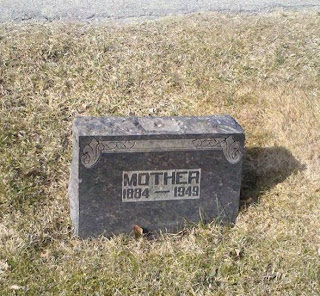 ~ A beautifully written essay on the growing political failure of the green movement to effect any real change:

Environmentalists decided to get ’serious’, so as to be listened to in the corridors of power. They started wearing suits and pretending to be economists and speaking the language of business and science. It was a perfectly sensible approach in many ways, and it yielded many clear dividends.

But it may also have doomed the greens in the longer term, for now they find themselves caught in a narrative of other peoples’ making.
Almost by accident, mainstream green politics and argument threw out most of the alternative stories it grew up with, like a child throws out his old teddy bears: that was then, but this is now, and now we are Grown Ups. This approach has left environmentalism in a position where its advocates now find themselves unable to do anything but argue about which machines they would prefer to use to power an ever-growing industrial economy. Any sally outside this tightly-controlled ghetto sees them rained with bullets from all sides: accused of wishful thinking if they talk about zero-growth economies; called snobs and hypocrites if they criticise consumerism; attacked as terrorists if they engage in direct action to protect wild nature; called naive idealists if they ask whether planning for a future much like the present is really such a good idea.

This has always been the case, of course, but now the greens are being heard in the corridors of power the stakes are much higher. A global anti-green movement now exists and is growing in power and influence. Meanwhile, the greens have been taken over from within by smooth-tongued purveyors of business-as-usual without the carbon. The message is clear: stick to arguing about the machines, and you’re welcome to play with the big boys. But drop all the other nonsense, alright? This, demonstrably, is how radical movements die.

The green movement is being taken over by quants. It’s easy to see why. Quants present easy, numbered, labelled arguments which may sometimes require a maths degree but don’t require a rewiring of your worldview or an examination of your narrative. A green quant might be telling you to change your lightbulbs or come out on the streets in favour of a nuclear power plant or a windfarm, but he’s not asking you to examine your values or your society’s underlying mythology. And if you talk to him about this, it is very easy indeed for him to laugh and tell you loftily that this is all very nice but is hardly comparable to the serious business of saving the world one emission at a time.