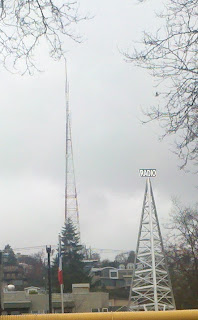 Last week's picture shows the top two letters on the marquee of the venerable Cinerama theater on 4th Avenue: 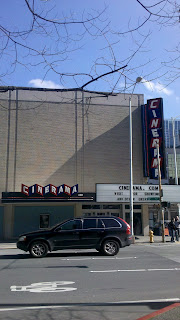 The theater was nearly lost in the late 80's, but rescued by another Seattle area icon:


Seattle Cinerama Theatre, built in 1963, is owned by philanthropist and investor Paul G. Allen, who saved it from demolition in 1988. Vulcan Inc. directed a spectacular restoration of the theater’s early 1960s interiors and brought back the massive, curved screen used for special presentations of Cinerama and 70mm wide-screen movies. Seattle Cinerama is one of only three theaters in the world that can show original three-strip Cinerama films. The Cinerama just re-opened with a fresh restoration and technical upgrade, ensuring its movie-theater supremacy.