"We'll Adapt to That" 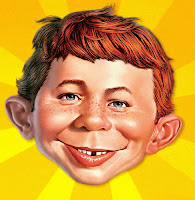 ~ Those who deny climate change and its obvious impacts use many rationalizations. As these become harder to plausibly defend, there is a growing trend away from denying the reality to denying the significance of the impacts.

Embedded in the latest Climate Crock of the Week (video embedded below) is footage of Exxon CEO Rex Tillerson providing just such a blithe dismissal:


What do you want to do to adapt to [climate change]? And as human beings, as a species, that's why we're all still here. We have spent our entire existence adapting...

Changes to weather patterns that move crop production areas around—we'll adapt to that...

What do you want to do to adapt to that?

Yes, that's the right question to ask. So, what's the answer?

A few years ago Tillerson called for a carbon tax as the preferred solution with the greatest transparency if Congress wanted to do something about climate change. (If.) Chevron CEO David O'Reilly has said the same thing.

But Tillerson doesn't think adaptation entails a transition to renewable energy. His company contends, rather:


By 2050, hydrocarbons — including oil, gas, and coal — will account for 80 percent of the world’s energy supplies, about the same as today.

Tillerson's belief that we enjoy a "continued abundance" of oil, and that any transition from oil is 100 years away, has caused some to label him the T. Rex of the hydrocarbon age—a dinosaur. He dismisses climate change models as too complex on which to rely, an odd stance for someone who bases his claims of oil abundance on models at least as complex.

Exxon continues to fund climate denial. Has for years.

Tillerson thinks fears of climate change and its evident impacts are "overblown" and insists that we will all adapt. He just doesn't think we'll adapt by, you know, reducing our dependence on fossil fuels.

If we don't adapt by changing our broad policy, including a disproportionate and self-destructive imbalance of support for renewable energy versus fossil fuels, then how?

Perhaps millions of people in the developing world will leave the coastal flooding of their homes and instead flood overburdened and unsustainable cities? Eat less as drought destroys food supplies? Buy more air conditioners? Or, as Peter Sinclair suggests in the video, pick up an AK-47 and steal from their neighbors? An uncoordinated and desperate response by billions of people is not a plan for adaptation, it is the beginnings of anarchy, and will lead to privation, disease, starvation, conflict and death.

It reminds me of an oft-told joke:


So there's this huge flood one day, and an entire town looks like it's going to be swallowed up by the waters. And the Police and Rescue Agencies are running all over the place trying to get people to safety.

So they send the rescue boat over to this house where a guy's sitting on the roof with the water lapping around his ankles and they say "Come on, quickly, there isn't much time"

To which he says "Nah, it's ok, God will Provide"

So about an hour later they're zooming past in the boat again and they notice the guy's still there, only the water's up to his waist, almost at the top of the roof.. "Quick" they say, get in the boat, it's going to get worst before it gets better.

An hour after that a rescue helicopter flies over the area and notices the guy, who must be standing on the peak of the roof now, with only his head and shoulders out of the water. "GRAB THE ROPE!" they cry "IT'S YOUR ONLY HOPE!"

So he gets drowned of course. And he goes to heaven, and is a little ticked off with god for drowing him like that, and expresses his concern saying "I had FAITH, I BELIEVED in you - and still you didn't help me"

"HELP YOU?!" God replies "What MORE did you want - I sent you two boats and a helicopter!"

Sitting back and expecting that some laissez-faire indifference will be rewarded by salvation forgets the dictum that the Lord helps those who help themselves. It is not enough to ignore the consequences of our actions (or inaction) in the belief that somehow things will work out. We must choose the help that is available.

We can make that choice. As Tillerson notes, it's an engineering problem that has engineering solutions. We have those today; all we lack is the political solution that enables us to implement them.