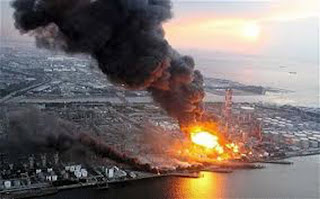 ~ Why are extensive hearings and deep scrutiny only practiced after a disaster?


[The] nuclear crisis was a preventable disaster resulting from “collusion” among the government, regulators and the plant operator, an expert panel said on Thursday, wrapping up an inquiry into the worst nuclear accident in 25 years.

The tsunami exacerbated the disaster and may have been much less of a cause than the earthquake itself. The root cause, however, was not the natural disaster, but the man-made one—a too-cozy relationship between industry and its regulators in the government.


The report pointed to numerous missed opportunities to take steps to prevent the disaster, citing lobbying by the nuclear power companies as well as a “safety myth” mindset that permeated the industry and the regulatory regime as among the reasons for the failure to be prepared.

Resource-poor Japan has for decades promoted nuclear power as safe, cheap and clean.

Overall, this sounds very much like the received wisdom before the BP Deepwater Horizon disaster. The industry promoted safety. Regulations are overly burdensome and expensive. The industry safely produces cheap energy cleanly. They are saying the same thing now about fracking, and about offshore drilling in the Arctic.
Posted by Unknown at 11:56 PM