The Future is Now 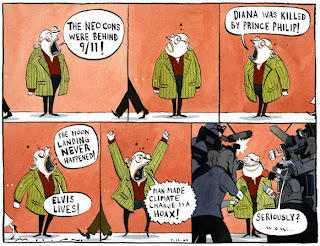 ~ Recent years have seen increasing numbers of what we used to call freak weather events. This year has seen even more.

This is what global warming looks like, and we will likely see more of these kinds of things in the months and years ahead.


Since at least 1988, climate scientists have warned that climate change would bring, in general, increased heat waves, more droughts, more sudden downpours, more widespread wildfires and worsening storms. In the United States, those extremes are happening here and now.


Unfortunately, our media is doing poor job making the connection between these extreme events and the changes human activity is forcing on our climate.

Then again, it is easier (if intellectually lazy) to think it is all a big hoax.
Posted by Unknown at 11:41 PM