Is Our Number Up? 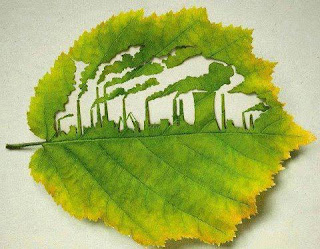 ~ Bill McKibben has written the definitive piece on the three key numbers that summarize our impending, self-made, and slow-motion global catastrophe. Simply:
The economics of the fossil fuel industry, their capitalization, and their shareholders' wealth depend on extracting and burning almost 5 times more CO2 than the absorbing ability of the Earth can sustain.

McKibben argues, convincingly, that we need to start thinking of the Fossil Industry in a different way:


But what all these climate numbers make painfully, usefully clear is that the planet does indeed have an enemy – one far more committed to action than governments or individuals. Given this hard math, we need to view the fossil-fuel industry in a new light. It has become a rogue industry, reckless like no other force on Earth. It is Public Enemy Number One to the survival of our planetary civilization. "Lots of companies do rotten things in the course of their business – pay terrible wages, make people work in sweatshops – and we pressure them to change those practices," says veteran anti-corporate leader Naomi Klein, who is at work on a book about the climate crisis. "But these numbers make clear that with the fossil-fuel industry, wrecking the planet is their business model. It's what they do."

...This industry, and this industry alone, holds the power to change the physics and chemistry of our planet, and they're planning to use it.

What good is a free market that destroys itself? We need more than mere adaptation. We need to not allow a fantastically profitable industry to dump its waste for free. We need to regulate and price carbon. We need to change the very paradigm of our energy economy.
Posted by Unknown at 9:24 PM