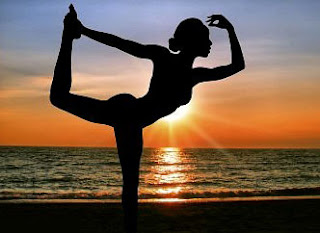 ~ I've been practicing Bikram yoga for 15 months or so.

Much of it is about breathing and the power of self-discipline through that steadiness.

I found yoga was very hard in the beginning. But it made me stronger, (if only because it didn't kill me first.) In time, other benefits that directly help my work (and my broader life) became clear: better focus, more stamina, flexibility, resilience and more. Yoga builds leadership skills. It can be a parable for building a startup. Oh, I've also lost more than 15 pounds, an inch and a half around my waist, and most of my unpleasant acid reflux.

Finally, I often see a well-known former Seattle Mariner in my class. I asked him afterwards how Bikram yoga compared to a MLB workout. His reply: it is harder, although there was more running for baseball. But: "I wish I had been doing this yoga when I was playing; it is great for stamina and concentration." He thinks it would have made him an even better player, which is really astonishing, because this guy already has a street named after him.

Good for the body; good for the mind. Indeed, as many have said, yoga is not primarily exercise. It is a journey of inner discovery.
Posted by Unknown at 11:22 PM