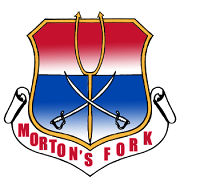 ~ For decades we've been asked at the grocery checkout which bag we want—"paper or plastic?" It's a Morton's Fork.

The problems with plastic bags are well-known, including petroleum and energy inputs, production emissions and how unsustainable they are, especially their waste stream impacts. Plastic is angst-ridden.

Paper bags are little better. They are made of a renewable resource, sure, but use much more energy and water in their manufacture have a higher carbon footprint, and produce more pollution. That they are nominally biodegradable is mostly irrelevant; most end up taking space in landfills where decomposition is inhibited to prevent methane production.

The dilemma is really a false one, or should be.

The correct answer to the "paper or plastic" question of course is "neither"—bring a reusable cloth or canvas bag, or simply carry out the few items in hand. However, this only works if you didn't leave those bags at home or are buying a manageable quantity of things.

Better than banning plastic bags, as some municipalities are trying, would be a better single-use bag. Massachusetts startup GXT Green claims to have made just that: their so-called ECOgrade bag. The idea sounds good—a plastic bag with 46% less plastic resin, less inputs, and photodegrading in 240 days to a "non-toxic residue." It's non-toxic, according to the company's web site, because it has no appreciable heavy metals. Great, but what exactly are those "residues"? These bags may use less plastic resin, but they still use the stuff. Won't there still be tiny bits in the ocean entering the food chain where we'll end up eating it? If bags are going to end up breaking down in the environment, better that they be paper than any kind of plastic, even this kind of plastic lite.

Still, some prefer plastic for its strength and ease of carrying. A better plastic bag is still better than the existing ones, and I hope GXT Green succeeds in gaining adoption of what is a worthwhile transitional product. But transitional is all it should be.

GXT Green's comparison chart suggests that reusable bags only make sustainable sense if one uses them at least 200 times. Perfect! That's a choice I've already made. Their eventual and allegedly high recycling costs don't deter me either. One can say the same about clothes, but apart from the odd dickie, I see little impetus to replace all our clothing with some plastic substitute.
Posted by Unknown at 11:57 PM