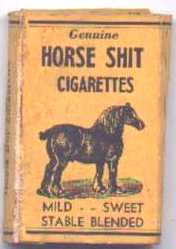 ~ Secretary of Energy Stephen Chu observed recently that the choice between cleaner technology and older, dirtier technology has been made before:


...a century ago, automobiles replaced horses and horse-drawn carriages within the space of about 25 years. “It was accelerated by the fact that there was an environmental imperative,” he said.

What kind of imperative? Well, New York City alone had about 160,000 horses hauling people and goods around at that time. “There was a very visible environmental impact that was piling up on corners all over the place,” Dr. Chu said. “So it hastened the shift remarkably.”

But it can take a while for things to become sufficiently noxious, and times are different now in two key respects.

We're invested in the past, and it is not just politically, but emotionally difficult to liquidate an investment. But as with stocks, so too here: the time to sell one thing and buy another is when the future looks brighter with the new investment than with the old. Such is true now with renewable energy, our future, versus fossil fuels, our old, legacy investment. The reasons are piling up to make the change.