The Attorneys' View of the JOBS Act 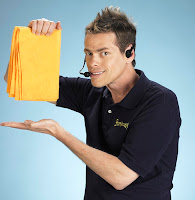 Yesterday I posted on the WSGR seminar about the JOBS Act, which was characterized (correctly I think) as primarily about creating an easier on-ramp for "emerging growth companies" to get to a public offering (IPO).

Today I'm posting about the "bolted-on" parts of the Act pertaining to public solicitation and crowd-funded investment. While the idea of these things might sound good, the reality, as enshrined in the Act, is unlikely to match anyone's hopeful expectations.

A bit of background on the equity-funding of startups: In general, any company wanting to sell stock must first file a registration statement with the federal government (Securities and Exchange Commission, SEC) and with the various regulatory offices in each state government where they intend to offer stock. The time and expense of preparing these registration statements is enormous, however, so virtually all startups rely on one of several exemptions to registration. The best-known and most heavily used is referred to as Regulation D, which includes three slightly different variations known by their section numbers: 504, 505 and 506. The specifics vary, but all prohibit "general solicitation"—you cannot use these exemptions if you advertise or otherwise proffer your stock to the public at large.

The JOBS Act appears to remove that restriction, but the details are murky because the SEC has not yet issued the rules and regulations called for by the Act. They are nominally required to do so by July, but the SEC is way behind on the issuance of such things, and the consensus was that it would likely take much longer. For now, companies seeking funds should continue as they always have, and not make use of (or assumptions about) these elements of the Act.

Meanwhile, this is what we know (and don't know):
For now, it is business as usual; the JOBS Act changes almost nothing for almost all entrepreneurs. When the SEC gets around to finalizing all of this we can all look and see if there are opportunities to do things differently and perhaps better.

WSGR attorney Todd Carpenter noted that "the goal of regulators to look at, update and liberalize markets is a step in the right direction," while Steven Bochner worried that we may yet see "a thousand Bernie Madoffs flourish." The panel agreed that to the extent that fraud rises as a result of these changes we'll certainly see a regulatory roll-back in future. While many protections still exist, the challenge is to reduce regulatory burdens at this "tender stage" of companies' development without causing new problems.

President Obama, in signing the Act said that "we'll be watching very closely." Let's hope so.