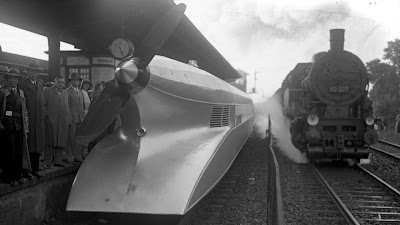 ~ This German 20 tonne aluminum body "rail zeppelin" used a wooden (ash) propeller and a 46 liter BMW V-12 engine to reach 140 mph in 1931. This only model was dismantled by the Nazis to build Messerschmitt fighter planes.


Originally good for 120 mph—comparable to the fastest streamlined steam locomotives—the Schienenzeppelin topped out at a magnificent 140 mph in the summer of 1931, a speed record which stood for 23 years and which has never been surpassed by a gasoline-powered locomotive. Unfortunately, the train never made it into production. Problems with propeller safety and reliability prevented it from attaining mass production and the speed record prototype was dismantled in 1939, on the eve of World War II.

There have been other prop-driven locomotives. 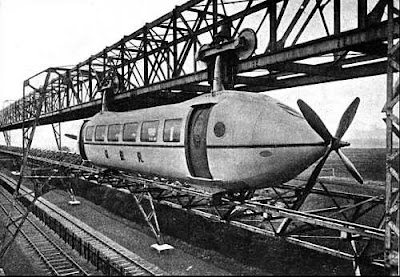 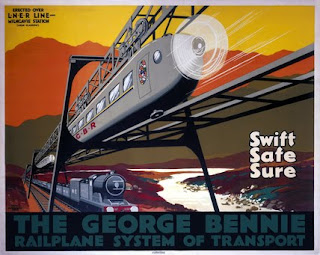