Who Speaks for Business?

The US Chamber Does Not Speak For Me 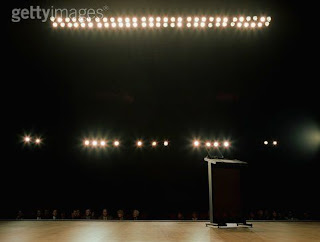 Who speaks for business? Who advocates for business and articulates their views on public policy? Businesses and their leaders do of course. They just don't always speak with one voice. And not all who claim leadership actually lead.

For example, a recent survey commissioned by international renewable energy group NTR Foundation and conducted by the Brunswick Group found more than half of the largest US companies wanting an end to the ambiguity surrounding climate change legislation.


About 50 per cent of America’s top business leaders believe a lack of clarity on climate legislation is negatively impacting upon the ability of the US to compete in the global market.

Seventy per cent of the respondents said climate change would be an important part of their commercial decision-making within five years. But almost three in four of the business leaders said security of energy supply was a more “pressing issue” for them than climate change.

Interestingly, the majority of the 130 Fortune 500 companies surveyed also did not believe having legislation was necessary for them to act:


Commenting on the findings, NTR chief executive Jim Barry said: “The results clearly show the business community considers the climate change challenge to be real and is responding, irrespective of government action.”

While energy security trumped climate change as the primary impetus, two thirds thought a legal framework was not required before acting to create green jobs.

‘The business leaders surveyed do believe, however, that the US needs more cohesive and effective legislation to ensure the country is not at a serious disadvantage in a global competitive context,’ Barry said.

So why do groups like the US Chamber of Commerce act as if they speak for all US businesses when they preach a do-nothing approach to addressing climate change? They are out of step with the majority of businesses.

The US Chamber of Commerce does not speak for most businesses, but instead appear captive of the large legacy energy interests, Nuclear, King Coal and Big Oil as well as such people as the Koch brothers that profit from a system that allows them to externalize their costs on the rest of us. Their intransigence threatens the plant, our energy security and our economic future.

They don't speak for any but a narrow self-interested minority. Why does anyone listen?

This post originally appeared on the Hydrovolts blog 3/4/10. This repost has added links and a few miscellaneous edits.
Posted by Unknown at 10:21 PM