Mere Gestures are Not Helpful 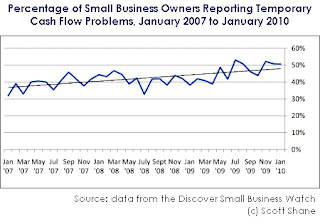 I learned today that yesterday was the first (annual?) National Entrepreneurs' Day, as announced by President Obama and written up on the White House blog:


Entrepreneurship is a core American value. And supporting a culture that is conducive to entrepreneurship and startups is a core component of the President’s National Innovation Strategy, for achieving sustainable growth and quality jobs. Startups are inherently bold and by their nature constantly facing the risk of failure. But startups also bring an unparalleled wealth of transformative innovations to market—think of everything from the airplane to the automobile to Amazon.com—and have been the Nation’s engine of job creation over the past three decades. It is the entrepreneurs who are tackling the Nation’s challenges in clean energy, medicine, national security, and other fields. They will build the leading industries of the 21st century.

The affirmation of the importance of entrepreneurs and the startup ecosystem is good, but it reminds me of one of my favorite aphorisms: "When all is said and done, there's a lot more said than done."

There are the usual paeans to the importance of innovation and to small business being the source of most new jobs, but there's not much beef under this bun.

The President's biggest substantive accomplishment was the passage of the Small Business Jobs Act, which provided $30B of support to "small business" over typically specious and reflexively partisan Republican opposition. A business can be deemed "small" with up to 500 employees, so some federal support goes to companies most would not think of as particularly small. This is especially true of the "alternative size standards" that let businesses with less than $5M of net income qualify. Why does a profitable business need federal support? Like some aspects of the bank bailout, this is an example of providing support to entities that don't need it at the expense of those that do.

The Act is of little use to startups at the earliest stages. Its provisions provide only two things: loans and tax incentives. Neither will help seed stage entrepreneurs.

The loans are actually made by banks, who continue to use standards that are vastly more restrictive than ever. The result is that few truly small businesses qualify, and most do so only by demonstrating the truth of the old joke: to get a bank loan one must first provide one doesn't need it. Entrepreneurs will need to show substantial other sources of cash, typically from investors or by personally guaranteeing the loans, or both.

The tax incentives are focused on income taxes and consequently have no cash flow impact for years. They are arguably valuable over the long term, but are no use to early stage companies that often are not profitable and may be pre-revenue as well.

So many of the economy's current problems are about cash. Consumers feel cash-poor and are not spending. Businesses see less cash coming in, and are doing what they can to cut cash outflows by reducing costs and deferring investments that require cash flow. Tax incentives do not address cash flow problems; they serve only to enhance cash flows of businesses that already have healthy ones to start with.

Startup businesses are all about cash flow. Seed stage entrepreneurs succeed to the extent they focus keenly on cash. Declarations and legislation that exhort or provide non-cash benefits miss the mark. If government wants to really boost entrepreneurial activity they would find a way to put more direct cash investment in startup businesses. Boosting the number, size and speed of grants under SBIR, ARPA-E and similar programs would be a great start. Meaningful banking reform that produced an actual increase in lending would be good too.
Posted by Unknown at 5:26 PM