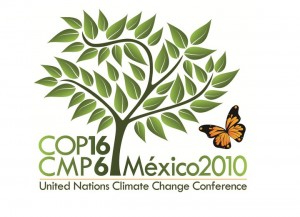 This year's version of climate change talks starts next week in Cancun, Mexico. Countries are issuing statements ahead of the conference as part of the diplomatic pre-positioning and for shaping public opinion. China has urged rich nations to "show sincerity" according to Huang Huikang, special representative for climate change negotiations of China's Foreign Ministry: "Developed nations have the responsibility to take the lead in drastic emissions cuts, and offer funds and technology to developing nations." The Brazilian Environment Minister cautioned that rich countries must have "a clear climate aid plan for developing countries if they want to avoid a fiasco." UN Chief Ban-ki Moon echoes the need for an aid package of $100B per year, with funds raised "from banks, carbon taxes, carbon permit auctions and new transport taxes."

There is no doubt which countries are widely considered the "rich" ones by their neighbors. Never mentioned is the impossibility of convincing any significant segment of the US population that their country is rich enough to send billions to developing countries for climate change mitigation, especially when a large number of people refuse to believe the science. Too much of the electorate doesn't trust the US government to spend money wisely; they are certainly not going to trust a foreign government to do better with US taxpayer dollars.

This is the 16th such conference (COP-16) held annually since 1995. The meetings have generally been held in major cities, including Copenhagen, Bonn, Buenos Aires and Kyoto, where in 1997, at COP-3, delegates reached agreement on the eponymous Kyoto Protocol. Lately meetings have been held in venues seemingly selected for the enjoyment of the attendees and their traveling companions: Bali, Cancun, and, next year, South Africa.

Sixteen years of posturing and sometimes wrangling. Might the delegates be more motivated if they met where the impacts of climate change were more apparent? Instead of lollygagging in sun-splashed Cancun, they should meet somewhere more evocative. Perhaps Darfur, where crops fail because the rains no longer come? Or maybe one of the islands in Kirabati which is seeking help to relocate its residents as the ocean reclaims it. The Arctic Ocean in the winter might have the same value as a conference room without chairs--less aimless talk and a shared focus on being brief and to the point. No meeting is useful unless it produces action items.
Posted by Unknown at 10:33 PM