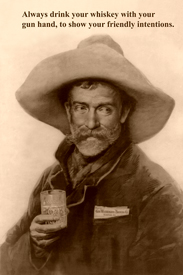 Water is an increasingly stressed resource. Demand is relentlessly increasing and supplies are subject to an ever-broader spectrum of competing and conflicting uses. Should water be dedicated to drinking? For irrigated agriculture? For animal husbandry? For extracting energy from oil shale?

Whatever the use, hydropower has great appeal because it merely uses the water literally as it is passing through. Flowing water turns turbines to generate electricity, but all of it continutes through, albeit slowed, and can then be put to whatever other use.

Hydropower potential remains huge. A study by the National Hydropower Association projects that the US hydropower industry will add 60,000MW of capacity by 2025, enough to power 17,000,000 homes. It will also create 700,000 new jobs.

Hydropower has significant impact on the United States economy, producing about 7% of the nation's electricity, more than any other renewable source. Here in Washington State we get almost 70% of our electricity from hydropower. US Secretary of Energy Steven Chu observed that hydropower offers "an incredible opportunity" to help solve simultaneously the nation's energy, economic and environmental needs.

Worried about fish impacts? Don't be.